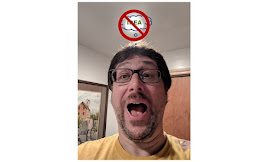 After 297 blog posts, starting late in 2013, posting every Monday – Have I run out of new thoughts, ideas and experiences to write about?  In that time, I have missed only two weeks and that was within the last couple of months.  I like the creative outlet, the chance to share thoughts, and to journal my world.  As we went into last weekend, I did not have an article prepared.  Well, not ready would be more like it.  I had started the article, the topic was relevant (to my life), but the execution was not meaningful.  My main editor as of late (that would be Gab) asked why I did not have a backlog of articles.  There are times when I have a backlog, depending on my creative flow of thoughts.

It would seem, at least to me, that there are times where we are engaged in certain things / activities and at some point, after years or some significant time, we want to take a step back and re-evaluate where we are at, where we are going, and the overall value of what we are doing.  I guess one way to visualize this thought is to see the way athletes’ function, who during their careers are in peak physical condition and shortly after they retire, so do their bodies.  I saw this with my grandfather – he was in the food business and had a fantastic sense of taste.  Then he decided to retire, and shortly afterwards his taste buds decided to follow the same course, as fine dining was replaced by mediocre buffets.  To maintain the same high level / standards, it requires diligence, persistence and consistency which takes energy and time.

I started writing to fulfill something that I had always wanted to do, but never had a fully fleshed out an idea enough to be a book.  This shorter form, blogging, met that desire and still brings me pleasure.  OK, the creative pictures that I include also fulfill that creative notion.  Having missed a week, nobody noticed…which means that if I stop, would anyone say anything?  Truth is, I would notice.  I enjoy sharing my thoughts, I enjoy the challenge that this signifies to me and I enjoy the fact that I can point to something I have done consistently.

Jascha Heifetz, considered amongst one of the greatest violinists, is also known for saying, “If I don't practice one day, I know it; two days, the critics know it; three days, the public knows it.”  The fact that he acknowledges himself first in the list shows the integrity of his approach towards his art and ability.  While it is easy to take a break, step back or go on hiatus, it is easier to remain idle than to start up again.  The old example of a steam engine – where there is an immense amount of energy expended to start the train moving, so much so that a rock on the track could stop the entire process.  But, once in motion, that same train will crush through anything in its way while using little energy.  That is the power of momentum.  While I missed last week, it was merely a bump in the road and now it is back to doing what I enjoy.
WZeiler at 4:34 AM
Share